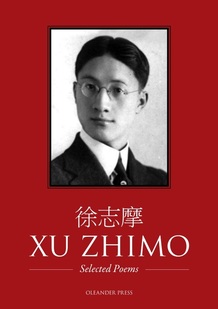 Xu Zhimo (徐志摩 January 15, 1897—November 19, 1931) was an early 20th century Chinese poet, romanticized as pursuing love, freedom, and beauty throughout his life. He promoted the form of modern Chinese poetry and made enormous contributions to modern Chinese literature.
He was born in Haining, Zhejiang, China. In 1915, he married Zhang Youyi and next year he went to Peiyang University (Beiyang University, now Tianjin University) to study Law. In 1917, he transferred to Peking University due to the law department of Peiyang University merging into Peking University. In 1918, after studying at Peking University, he traveled to the United States to study history at Clark University. Shortly afterwards, he transferred to Columbia University in New York to study economics and politics in 1919.
Finding the States "intolerable", he left in 1920 to study at King's College, Cambridge in England, where he fell in love with English romantic poetry like that of Keats and Shelley, and was also influenced by the French romantic and symbolist poets, some of whose works he translated into Chinese. In 1922 he went back to China and became a leader of the modern poetry movement. and in 1923,he founded the Crescent Moon Society. When the Bengali poet Rabindranath Tagore visited China, Xu Zhimo played the part of oral interpreter. Xu's literary ideology was mostly pro-western, and pro-vernacular. He was one of the first Chinese writers to successfully naturalize Western romantic forms into modern Chinese poetry. He worked as an editor and professor at several schools before dying in a plane crash on November 19, 1931 in Jinan, Shandong while flying from Nanjing to Beijing. He left behind four collections of verse and several volumes of translations from various languages. Very few of these poems have been translated into English.
To commemorate Xu Zhimo, 徐志摩, in July, 2008, a white marble stone was installed at the back of King's College, University of Cambridge, on which is inscribed lines from Xu's best-known poem, 'Saying Goodbye to Cambridge Again'.

Oleander is pleased to make available, for the first time in English, some of Xu's work in an edition of Selected Poems. 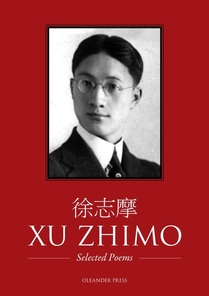