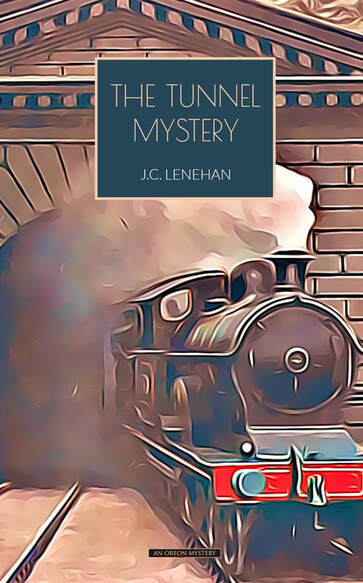 Murder on the Marsh by John Ferguson

A busy train, a howling gale, A pitch-black tunnel. And a single, blood-bent bullet...

There came a piercing shriek from the whistle, and the next moment they plunged into Highpen Tunnel and absolute darkness. No light came on. Even the usual flickering pencil-point of flame in the bowl at the ceiling was absent...

Travelling third-class on a crowded train from Yorkshire to London, after purchasing a necklace from a shady knight of the realm, Hatton Garden diamond merchant, David Hyde, can’t believe his good fortune.

More passengers filter into his compartment before the train departs, a heavy thunderstorm raging all around them. The train rushes on with a rattle and a roar, clattering into the Highpen Tunnel and, when it emerges, David Hyde is slumped in his seat, shot through the head, the necklace missing.

There are many questions to be answered in this puzzling case. Why did no one hear the shot? Where is the necklace? And, of course, Who is the murderer?


John Christopher Lenehan (1890-1943) was the author of several detective stories including The Mansfield Mystery (1932) and One Murder Too Many (1943). His second, The Tunnel Mystery, was published in 1929.