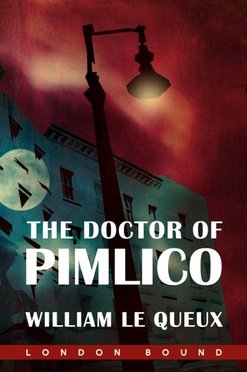 Walte  Fetherston was a writer of breathless mystery but he was the essence of mystery himself. Once the reader took up a book of his he never laid it down until he had read the final chapter. You, my reader, have more than once found yourself beneath his strange spell. And what was the secret of his success? He had been asked by numberless interviewers, and to them all he had made the same stereotyped reply: “I live the mysteries I write.”

How the evil machinations of the scoundrel Weirmarsh and his gang are thwarted by Featherston and Enid, together with the skilful use of double personalities, make this, the second in our London Bound series, a compelling and entertaining thriller from a renowned master of the mystery.

LONDON BOUND – A series of classic crime novels, largely from the Golden Age of detective fiction, faithfully transcribed, re-set and reprinted by Oleander under the series name London Bound - owing, unsurprisingly, to their all being set in the nation's capital. The Series Editor, Richard Reynolds, is a CWA Dagger judge and crime specialist at the world-famous Heffers Bookshop in Cambridge. Period-style covers for each, whilst honouring the original, have been designed from scratch by Ayshea Carter, designer at the Fitzwilliam Museum, Cambridge. Release schedule – every six weeks. Beautifully produced in a completely re-set, softback edition. A joy to read and to own.