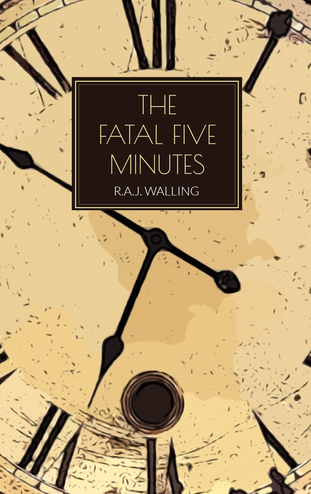 They had nothing in common but the universal liability of mankind – the obligation to die. It was Death that tangled them all up in a toil of trouble and for one agonising week ground them all under the heavy heel of a country policeman...

When Philip Tolefree is summoned by financier Wellington Burnet to Midwood, his old friend Farrar is surprised by his attendance at the country house party. Minutes after Tolefree’s arrival, and before he learns what he’s to investigate, Burnet is found mysteriously murdered with his skull bashed in.

As he’s on the spot, Tolefree, assisted by Farrar, takes charge with preliminary enquiries. Inspector Catterick’s interrogation of guests and household reveals everyone to have such complete alibis that it is nigh on impossible to establish the villain’s identity!

There’s a veritable cornucopia of conundrums for them to fathom. Not least of which was what kind of crookery had Tolefree been supposed to investigate? And who’d had the audacity to kill Burnet in those fatal few minutes?